Disneyland just announced details of the 60th anniversary celebration, and Mousetalgia’s special correspondent Mady reports on Disneyland’s media night describing the festivities, which will include new dancing fountains; a focus on Walt Disney, the man; new Richard Sherman music and fireworks; a new nighttime parade; lots of diamonds and… swans? Mousetalgia also looks back at Disneyland’s previous decade anniversaries, including the 1965 Tencennial, the 1975 20th birthday commemoration, the 1985 Gift Giver Extraordinaire, 1995’s 40 Years of Adventure (and those Skybox trading cards), and Disneyland’s 50th anniversary homecoming in 2005. Plus: Jeff buys another book, Kristen visits the Chicken of the Sea Pirate Ship, Becky makes us all thirsty, and Dave goes back in time to Grad Nite ’97. Also, a pediatrician’s measles advice, and Mousetalgia will be live at Star Wars Celebration! 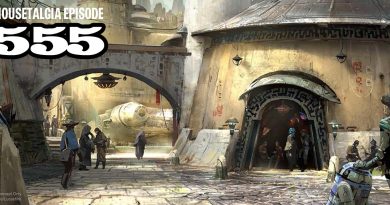