Mousetalgia founder and co-host Jeff Baham is probably best known to Disney fans as the creator of DoomBuggies.com, the premiere Haunted Mansion tribute website – and ol’ timers might even remember Jeff as “Chef Mayhem,” his internet alter-ego from the rec.arts.disney newsgroup days.

Jeff, an art director by day, has been a Disney fan as long as he can remember, having grown up with the Disneyland of Adventure Thru Inner Space, thePeopleMover SuperSpeed Tunnel, and the Mine Train Through Nature’s Wonderland. Since then, he has served a term on the Disneyland Creative Advisory Council, has worked closely with Disneyland and Walt Disney World to help promote various special events, and continues to exercise his love of everything Disney by collecting animation art and Disneyana.

Jeff is a charter member of both D23 and the Walt Disney Family Museum, and regularly attends Disney-related events at these and other venues to report about on the Mousetalgia podcast.

Tell No Tales, Jeff’s Pirates of the Caribbean tribute 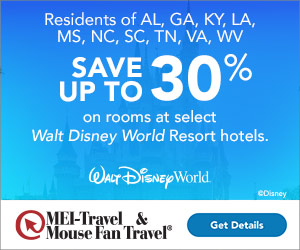