Welcome to Episode 32 of Dateline Mousetalgia! We’re excited to announce the upcoming return of World of Color to Disney California Adventure! We’ll discuss the delays, return dates, and take a look at the special dining package options available at the Wine Country Trattoria and the Carthay Circle Restaurant. We cover the “Celebrate Gospel” event just took place in DCA, celebrating its 10th anniversary, and then dive into the newly reopened White Water Snacks and Tangaroa Terrace Tropical Bar and Grill, taking a look at the menus and new decor. Plus, new tiki mugs and drinks available at Trader Sam’s! Next, it’s time to talk Marvel in the parks! To set the stage, we’ll cover some of the upcoming films– “Captain Marvel”, our first movie in this Marvel Cinematic Universe to feature a female superhero as the lead, “Avengers: Endgame”, “Spider-Man: Far From Home”, “Guardians of the Galaxy 3”, as well as a movie about the Black Widow! Captain Marvel will be arriving in the parks soon for a meet and greet opportunity, and we’ve just heard word of new Disneyland After Dark events scheduled for this year– Disneyland After Dark Heroes Assemble, with two different date options! We’ll also cover what we know of the upcoming Marvel Land scheduled to arrive in 2020. Then we’ll head to the movies to take a look at various awards Disney has recently won! Grammy’s, Annie Awards, BAFTA’s, Golden Globes– the works! Eight Disney-owned works are up for Academy Awards this year, nominated in several different categories! Lastly, we’ll wrap up this week’s episode by reflecting on the lives and careers of Ron Miller and Dave Smith. 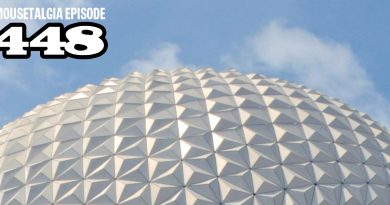 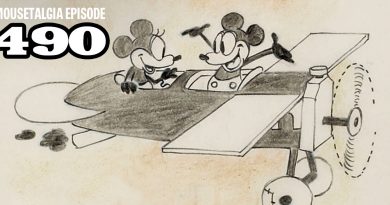