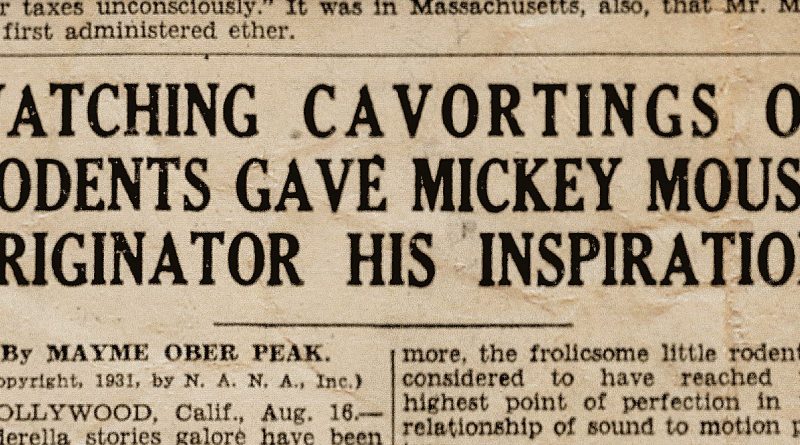 In honor of this momentous day, let’s travel back in time to 1931 to hear what Walt Disney himself had to say about the scrappy little character that had won the hearts of the world as America shuddered through the Great Depression. In the August 17th edition of the Montana Standard, a wire report by Mayme Peak celebrated the Disney Studios’ incredible success with Mickey, who had proven to be “a meal ticket for hundreds, though he receives no salary for himself.” In less than three years, Mickey had “broken into the very best literary publications, something many living stars have failed to do.” The report goes on to note that Mickey had also “been placed on honor rolls of outstanding achievements in halls of fame, and recently was immortalized by Tussaud’s famous London wax works along with Napoleon.”

When asked about his “brain child,” Walt discussed Mickey’s personality: “He’s a little fellow, always trying to do his best. He is full of life and gets into lots of trouble. Along with the bouquets there are also brickbats. The censors frequently get after Mickey and the company that he keeps. When Clarabelle Cow was advanced from the extra ranks of barnyard atmosphere to feminine leads, the censors even objected to her. So we put skirts on Clarabelle.”

“Around the studio, Mickey is human to all of us,” Walt continued. “Frequently the boys say during the borning of a story, ‘O, no; Mickey wouldn’t do that.”

Happy birthday Mickey! (and to Minnie too, a special 90th birthday “Yoo-hoo!”) 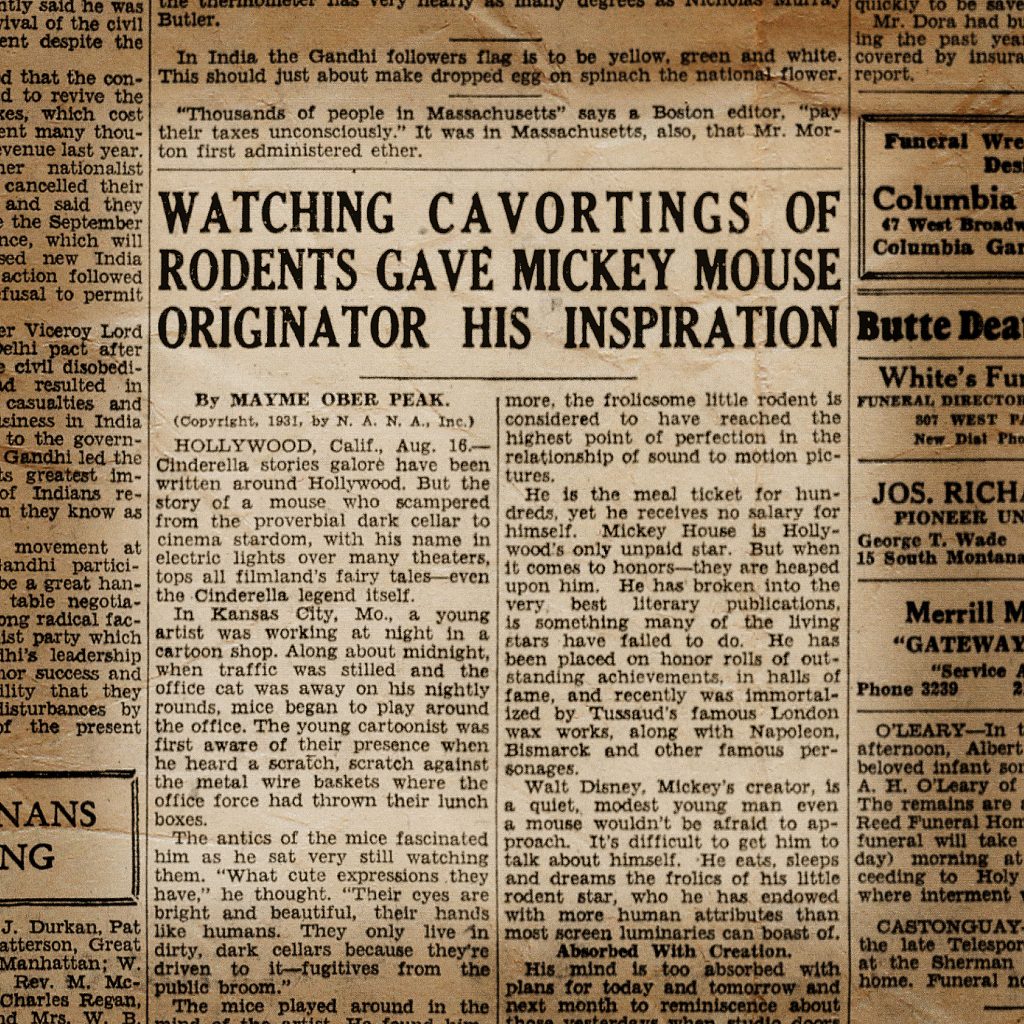 To read the entire article, click on the above image. 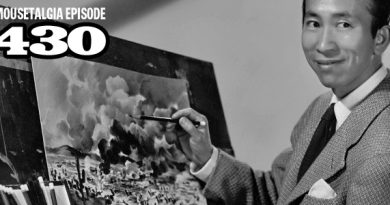