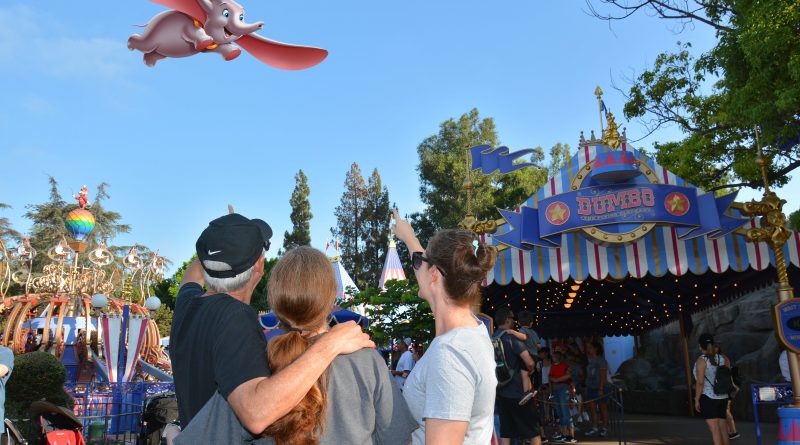 On August 19 you probably did. Disneyland played host to Disney PhotoPass Day. On this day, guests had many photo opportunities throughout the resort. Magic shots, props, and lesser seen (but very popular) characters were available for most of the day in both parks.

It was apparent right at rope drop that if you weren’t waiting to sprint towards the Peter Pan line then you were probably there to take some fun pictures. The special day even brought out some Instagram personalities that take cosplay and Disney Parks photography to the next level. If you haven’t followed Littlegraythread, do yourself a favor and do so on Instagram.

As listed by the Disney Parks blog, PhotoPass Day spanned across both parks for some limited time magic (anyone else miss that promotion?). With a finite amount of time, I was able to spend on PhotoPass Day, my group and I prioritized which photos we wanted to make sure to snap.

Our first priority was the Dumbo magic shot. Magic shots are those photos that have an animation or Disney character added to your photo after it has been taken. They are dependent on your location in the park and your pose in the picture. My personal favorite magic shots have included the Haunted Mansion ghostly ballroom dancers animation and Baby Groot in front of Guardians of the Galaxy: Mission Breakout. If you want to know more about magic shots make sure to ask the PhotoPass photographers in the park. 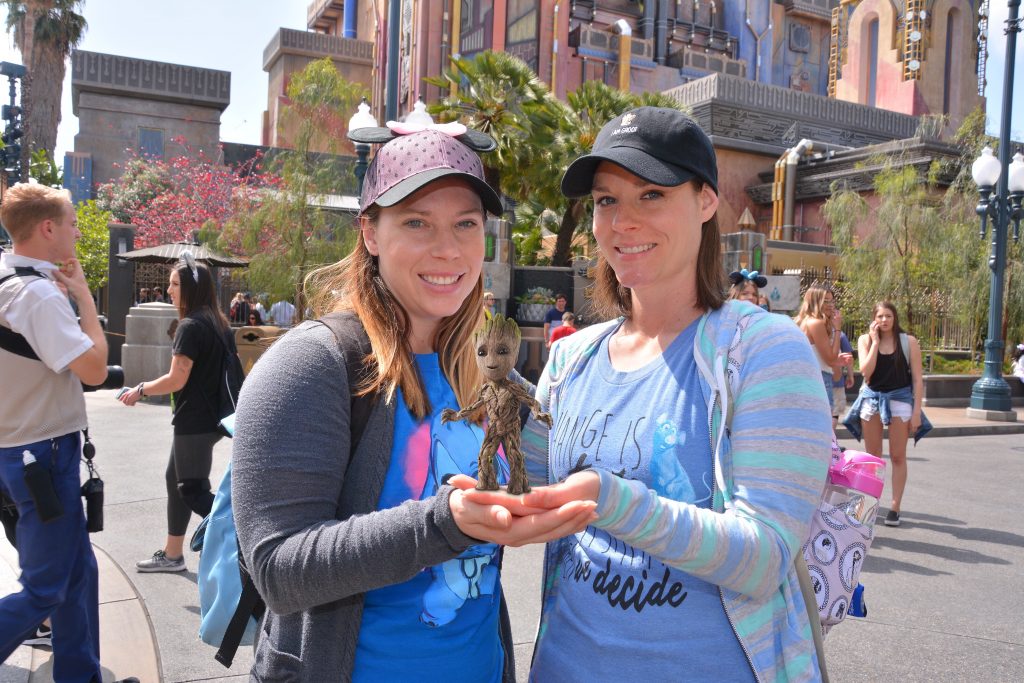 The designated photographer for the coveted Dumbo magic shot was a little delayed that morning. While waiting, my group had some fun with another Fantasyland photographer who introduced us to the Cheshire Cat magic shot by the Mad Tea Party. He was also nice enough to let us take pictures of the maps the PhotoPass photographers were given for the day. By the time the photographer came to take the Dumbo photos a line had already formed, but because this was not a location with a character it moved quickly because there was no need for regular breaks. 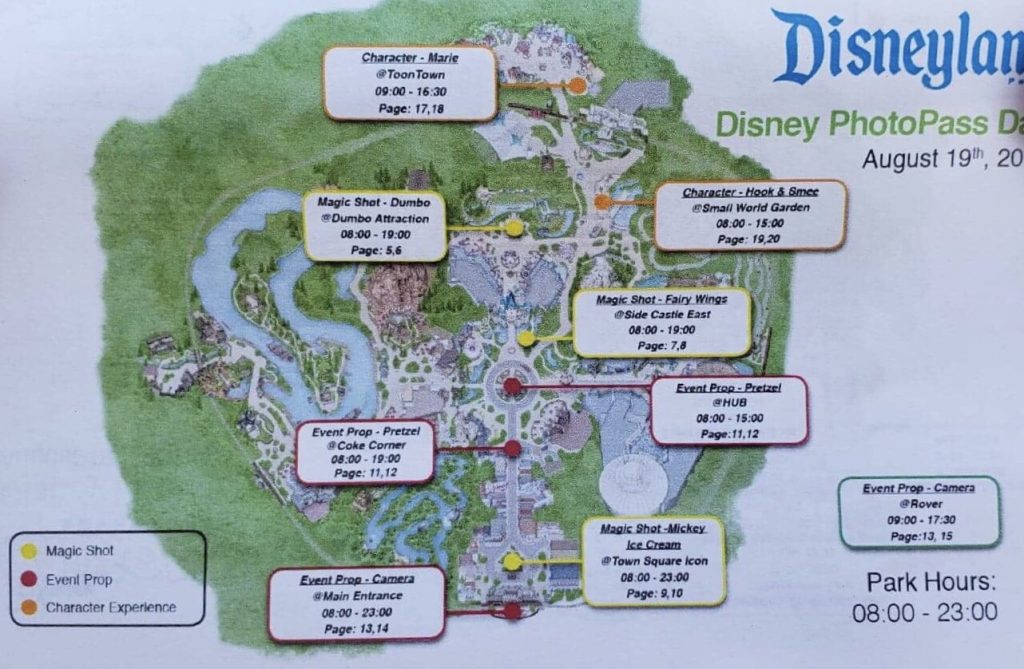 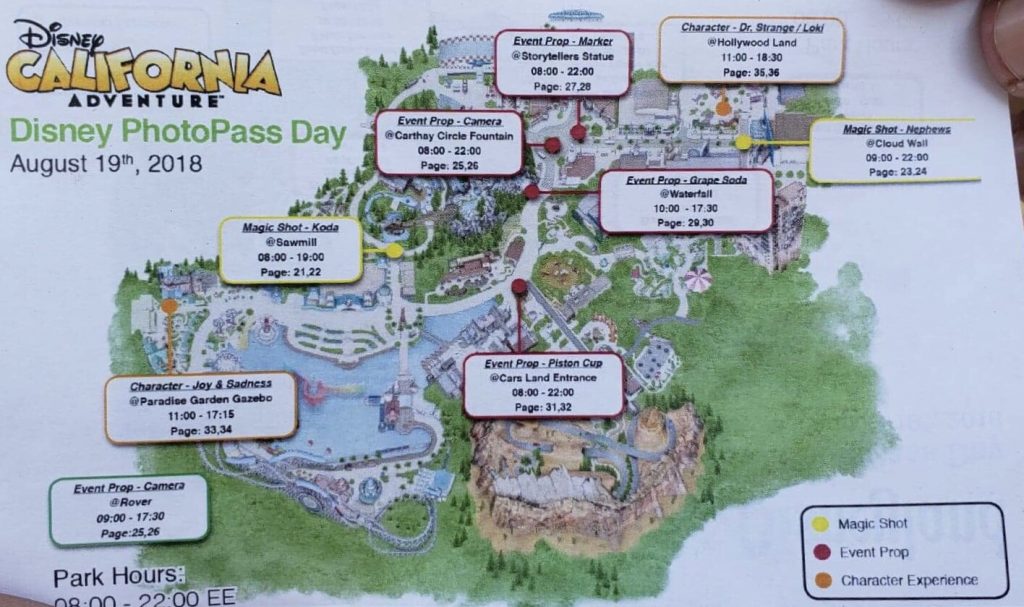 After checking Dumbo off our list, we got in line for Hook and Mr. Smee who were also out for the day, when they weren’t off squelching mutinies on the Jolly Roger. This line took longer to get through and all the while a longer line began forming over by the ToonTown gates that, in hindsight, we should have joined immediately. There were several cast members managing the line for the Peter Pan characters making sure all those waiting knew what to expect. 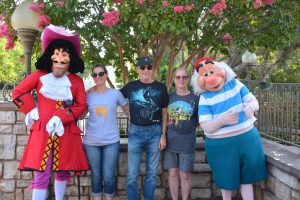 ToonTown was a different story. Marie from the Aristocats made an appearance in Toon Park in Mickey’s ToonTown and there were many people very excited to meet her, myself included. Unfortunately, waiting in line for an hour proved this objective to be a fool’s errand. It was actually bizarre how poorly run this line was. There were no cast members around to let those waiting know when Marie was on break or give any indication how long the wait would be. Within the hour we waited we hardly moved at all while the temperature began to spike.

Another guest in line took it upon herself to go observe what the holdup was. She came back to report that each individual person (no matter if they were part of a group or not) in the line was getting multiple pictures taken with Marie and then the whole group was invited to take photos together. The only good thing about the character lines was that they stayed open for the entire length of the event so if you were willing to wait (and wait, and wait) you would eventually have the chance to meet the characters. Because we had another event to go to (the Mousetalgia centennial celebration at Walt’s Barn – stay tuned for an upcoming episode) we decided to ditch the line for the cute kitty and go meet our old friend, Goofy instead. It was as though Goofy knew that we were bummed about missing our chance to take a picture with Marie because he made sure to give each of us a big hug. 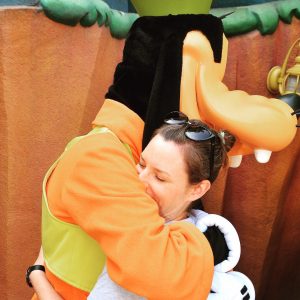 We never made it over to Disney California Adventure to take any of the pictures there, but I can only imagine that once Joy and Sadness from Inside Out came on the scene the lines were similar to those in Disneyland. In fact, I overheard several people in line for Marie say they were going over to get in that line rather than stick out the wait in Disneyland. If you want to see all the photos on social media search for the hashtag: #DisneyPhotoPassDay.

All in all, I hope they continue to offer Disney PhotoPass Days, but it is not the kind of event that you should feel the need to travel specifically for. There is plenty of PhotoPass magic to pack into your Disney trip on a regular day. I also wanted to note that if you ever have a problem with your PhotoPass photos do not hesitate to call or email them directly and they will help you locate your photos. Take advantage of PhotoPass in the parks and Carpe Kingdom. 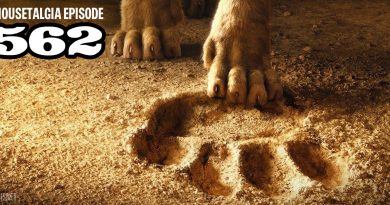 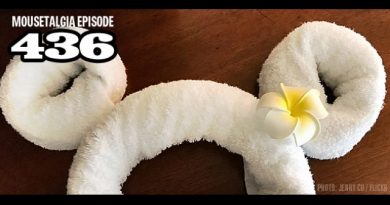 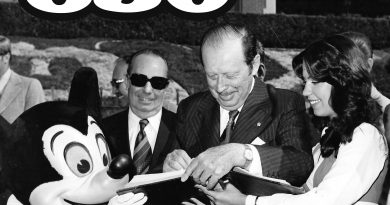