And now, ladies and gentlemen, what you’ve been waiting for….the backside of water!

Since opening day, lucky crewmembers have been skippering the most punderful attraction in all of Disneyland.  Remarkably, only  a couple of things have changed since July 17, 1955.The foliage has dramatically filled out (the plants during first couple of years resembled my back yard more than any jungle) and good friends have come and gone (goodbye termite hill and hello piranhas.) The famous one-liners, wisecracks, jokes and jibes have varied somewhat in status depending on the skipper, and also when you were there… as the original script was virtually joke-free!  Hard to imagine the Jungle Cruise sans-jokes, but lucky for us, this original idea quickly went the way of live animals.

Live animals, you say? That’s right – Walt Disney had originally thought of including live animals is his classic river ride. When the hippos refused to wiggle their ears and blow bubbles on cue, the animatronic figures we know and love were chosen as a more reliable cast and crew. Today’s Jungle Cruise gang are always looking good, on cue and on time. (Have you seen animals in the wild? Up close, they’re covered in fleas and wildlife dirt and really aren’t so good looking. Seriously, I think they Photoshop animals like they do supermodels before they’re put on the pages of National Geographic.)

Similar to the skipper’s jokes, the Bengal Tiger consistently jumps 20 feet over passenger’s heads.  The Elephants are always camera ready with their trunks on (this is a family cruise after all) and even the Piranha’s are trained man-eaters so women and children can cruise without fear. The lions keep watch over the sleeping zebra, crocodiles keep their snappy ways to themselves and the most dangerous creatures of all are kept behind bars in the queue to Indiana Jones. (Watch out for the little ones, they’ll latch onto you for 18-25 years and suck the life right out of you!)

Only in Disneyland can you cruise the major rivers of Africa, South America and Asia from the comfort of boats named the Ganges Gal, Irrawaddy Woman, and of course the Congo Queen. Unlike the wilds of the real jungle, the biggest danger on the this cruise is a skipper who’s lost their comedic timing or getting your hand crushed between the boat and the dock – it scratches the dock up something horrible.

There’s no de-niling that for a first, or even 55th time visitor, the Jungle Cruise is always a good place to be headed. It’s my favorite cruise , big or small, and my pick to celebrate the opening of Walt Disney’s Happiest Place on Earth, 55 years ago today. So remember to always exit the boat the same way you’ve entered – pushing and shoving – and that those of you on the waterside of the boat can turn around to be helped out by the rear…of the boat that is.  And folks, don’t try this at home – you’ll just hit your head on the faucet. 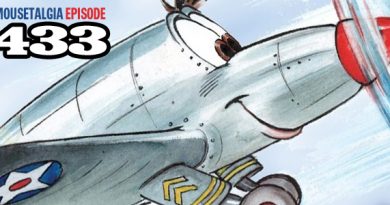 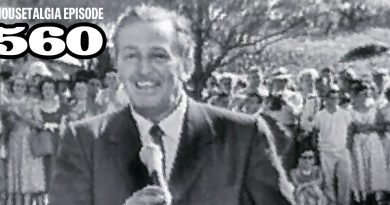 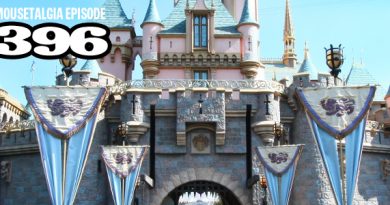