MacGyver* was always getting himself out of a jam. Bound, gagged and hanging from a ledge over a pit of flaming alligators, he could escape with only a paper clip, teacup and an origami paper crane. While his feathered hair may be outdated, his survival skills stand timeless and prove especially useful when it comes to meeting (not stalking) Disney Legends. His ability to think on his feet and use whatever means necessary to get the job done can serve as the foundation for any Disney Uber-fan on a quest to meet as many Legends, Icons and Whatnots as possible.

The Uber-fan must be prepared for every possible situation.  The key to success can be summarized into 5 simple steps: COAST =Camera, Object, Alert, Sharpie, Tête-à-tête. Richard Dean Anderson tested and FDA approved, COAST will transform the common fan into one of Uber status faster than you can say Lighting McQueen.

Camera: Wherever you go, make sure you have a camera in your purse or man-bag at all times. Have the battery fully charged and the memory card completely empty. Most importantly, know how to use your camera in all different types of settings. Do you know when and how to use, or not to use your flash? If not, get thee to thy manual post haste.

May I also suggest having a prepared, educational statement such as “Please make sure you hold the button half way down until on the screen you see a green box around my face and hear a high pitched, giraffe like beep before you take the photo.” There’s nothing worse than rushing home to import the photos of you and Julie Andrews only to find that her handler didn’t properly focus the digital camera, resulting in your only tangible memory being a shiny beige and blue blur. You can tell people that the blur is you and your new BFF Julie Andrews, but really, a blur is a blur, not a Disney Legend.

Object: The Uber-fan is never caught empty handed. While Ratt and Van Halen fans often opt for a token signature on any number of random body parts, the true Uber-fan comes prepared. To commemorate the meeting of a Disney Legend, an Uber-fan brings a special treasure, most likely purchased on ebay or swindled from an uneducated neighbor at last Saturday’s garage sale. While the object itself may range in monetary value, once signed, it becomes priceless.

Alert: Like the Lemurs of Madagascar or Stephen Baldwin, Disney Legends are often illusive, hence the Uber-fan must be alert at all times. Is that Haley Mills enjoying a corn dog on the corner? Could the click-clack of those knitting needles belong to Alice Davis? Any common library, shopping mall or men’s room can quickly turn into the uncommon encounter of a Disney legend. Eyes wide, ears open and all senses on high alert, the Uber-fan knows that today is a good day for a legendary encounter.

Sharpie: A rookie mistake is assuming that someone else will have a pen. Spend the $3.99 to get a name brand Sharpie. Don’t skimp on a ‘Pointy’ or and “Edgie.” Name brand knock offs just won’t cut it. Personally, I always carry both a standard felt tip and thinner, retractable version just to play it safe.

Tête-à-tête: With your target acquired, digital camera charged, Sharpie uncapped and souvenir in hand, if you have nothing clever to say, all preparation will have been in vain. Awkwardly repeating the phrase “I love you” is one way to make a lasting impression, but not the one the Uber-fan strives to achieve. (Trust me, I speak from experience on this one.) Keep it short and sweet, complimentary not creepy and remember to play it cool. You may be Peter Pan excited, but you don’t need to Peter Pan yourself all over the Legend.

Stick to the five basics of COAST and you too will have the survival skills to warrant the title of MacGyver.

*For you Uber-uber fans who may be questioning the appropriateness of MacGyver in a Disney blog, remember – he was on ABC, so its okay. Whew. 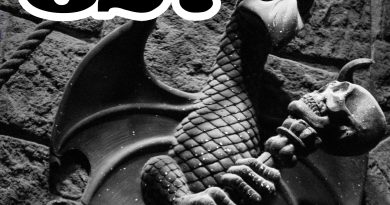 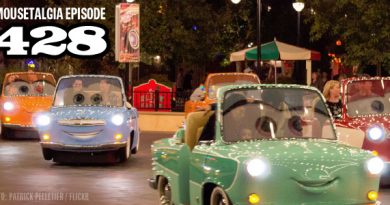 Mousetalgia Episode 428: Our Disney highlights of 2016