This Tuesday as you raise a pint, all decked out in green, consider heightening your Irish cheer by checking out “Darby O’Gill and the Little People” Almost 50 years after it’s initial release, jiggified leprechauns, smooth-as-silk Sean Connery and the crotchety charisma of Albert Sharpe easily earn Darby’s rightful place into any Disney DVD collection. Tonight as I watched Darby for at least the 20th time (don’t judge – as a little kid we only had one video store in town, and Darby was one of only 15 or so “kid friendly” videos my parents would let me choose from) I found myself looking beyond the film to the bonus features. I was happy to discover that while the film is still a classic, the hidden treasure for me this St. Patty’s Day was found in the extras of the 2004 re-release.

“I Captured the King of the Leprechauns” (approximately 49min) one of the three extras, was originally aired May 29 1959, just a month before Darby’s wide release on Walt Disney Presents. Watching Walt try and convince King Brian to appear in the film is pretty entertaining, but the real meat of the extras is found in “Mr. Connery Goes to Hollywood” and “Little People, Big Effects.” Sean Connery gives a charming account of his experience working on the film, though the behind the scenes look at matte painting, forced perspective, etc. surrounding the special effects in “Little People, Big Effects” was truly fascinating! It took more than smoke and mirrors (though they used those too) to give the leprechauns life and the creators of the bonus features aren’t stingy in sharing photos, stories and facts on how it was done.

Darby stands the test of time, and the bonus features only adds another coin or two to the pot of gold that this film is. So Tuesday night, as you drag yourself home from the pub, don’t forget the Little People or the little extras that put an extra bit O’ luck and whimsy into Darby O’Gill and the Little People. 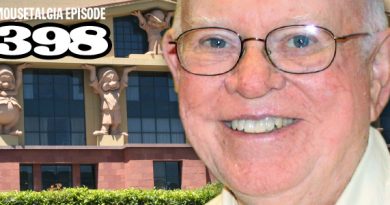