In today’s Pasadena Star News, Academy Award-nominated film composer John Debney is profiled in advance of a panel discussion he will be participating in on next Wednesday (March 25, 2009) at the Burbank International Film Festival. But Disney music fans have additional reasons to follow Debney’s career, not the least of which is his overhaul of the Fantasyland scores for Disneyland’s “new” 1983 Fantasyland.

Debney grew up in Glendale during the 1960s. An only child, he remembers riding the full-size train in Disney animator Ward Kimball’s backyard and attending movie premieres at Walt Disney’s Golden Oak Ranch with his mother and father, the late Louis Debney.

He was also a regular at Disneyland.

“I remember when they were building the Haunted Mansion, and I got to walk through the structure,” says Debney as he sits inside his Burbank studio.

Learn more about the magical music of Disneyland in Mousetalgia Episode 20. 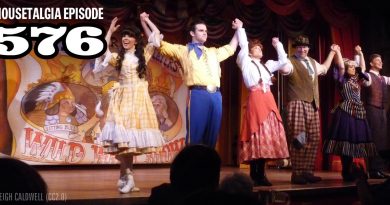