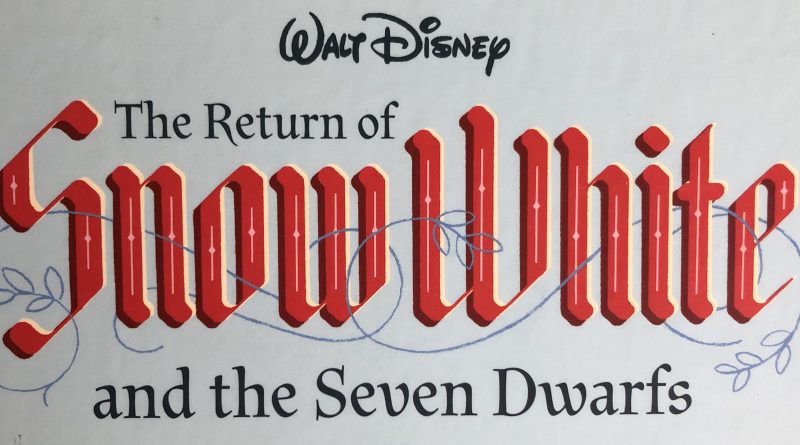 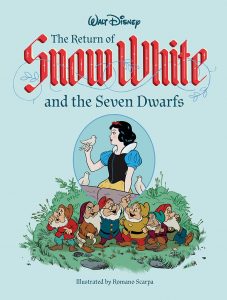 In these difficult times it can be hard to look on the bright side and count your blessings. There are a lot of people stuck at home with endless bad news cycles and tv binges as far as the eyes can handle…has anyone else invested in blue light glasses for the added screen time? I know one thing that I HAVE been enjoying is catching up on reading.

I’m a librarian by trade and you may think to yourself that I have loads of time to read even under normal circumstances – not true. However, since I’ve been spending more time at home and less time at work I have found it to be a helpful way to cope with the situation we are collectively dealing with. In the next few weeks I’m going to share with you some of the Disney things I’ve been reading and hopefully you will find some new material you want to read as well.

The first book I want to showcase is The Return of Snow White and the Seven Dwarfs. This book was released in celebration for the 80th anniversary of Walt Disney’s original masterpiece in 2017. It is an important book in the history of Disney comics as well. It marked the first project that Italian born Romano Scarpa worked for Disney. Scarpa wrote and illustrated many of the Snow White comic books. He went on to work on very popular comics featuring Mickey Mouse and Scrooge McDuck.

The stories here were originally published in Italian and this collection is the first time they have been presented in English. They are a delightful compilation of stories that give a name to the Wicked Queen (you’ll have to read to find out) and even a cameo appearance by Jiminy Cricket. This book continues the adventures of Snow White and her seven dwarfs at a time before sequels were endlessly being made to created by Hollywood.

5 out of 5 sparkly gems for this book.

Click the book cover to purchase the book from my favorite comic shop: Zeppelin Comics in Benicia, CA. They will ship to you so you never need to leave your house, but when the time is right they are worth a trip in person! Their online store is always open and there are many goodies to find. I’m going to highlight some of the Disney variety in the coming weeks. 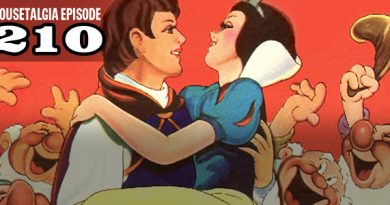 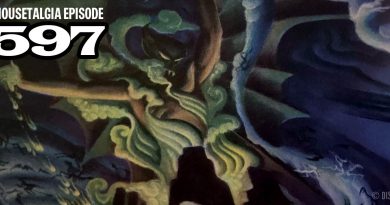