Welcome to Episode 79 of Dateline Mousetalgia! In this week’s episode, we talk about the upcoming kickoff of Lunar New Year in Disney California Adventure, focusing in particular on the foodie guide and activity options! There’s also a new ticket special going on at Disneyland Resort and some new Annual Passholder mobile order buttons have been rolled out at certain quick-service dining locations. We’ve got plenty of Star Wars-in-the-parks updates, including a Millennium Falcon french fry/popcorn bucket in Tomorrowland. Over in Black Spire Outpost, there are new lightsaber merchandise options at Dok-Ondar’s Den of Antiquities, and beloved droid friend R2-D2 has been spotted hanging out with members of the Resistance! Phase 2 of Star Wars: Galaxy’s Edge is officially here as of tomorrow when Batuu’s “E-ticket” attractionm, Star Wars: Rise of the Resistance, opens to general admission ticket park guests! Media previews for the new attraction have been underway, and as such, we have a better idea of what the queue process will be like when the ride officially opens! 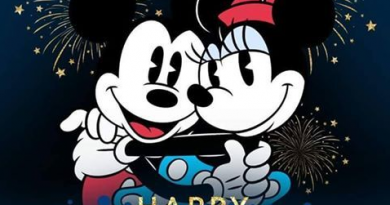