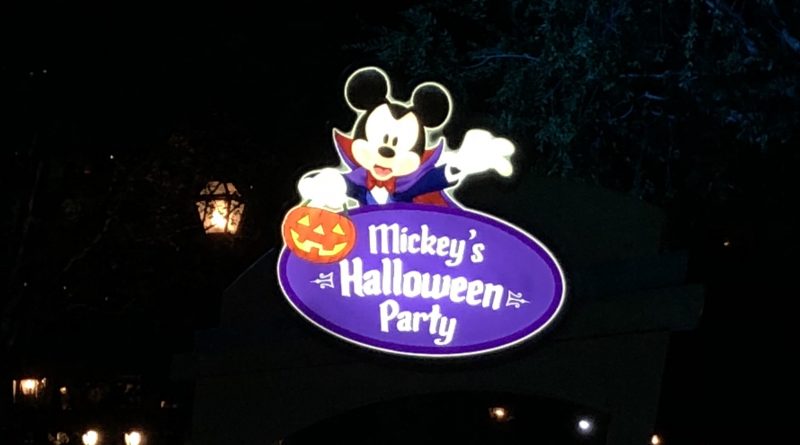 Mickey’s Halloween Party is in full swing! Pumpkins in the shapes of the fab five greet you at the
entrance gates. Main Street is decorated in its full fall regalia with orange and yellow buntings strung
along the building facades and hundreds of hand carved pumpkins grin and grimace at you as you walk
down the street.

While the party does not officially start until 7pm, the ticketed event includes early admission to
Disneyland Park beginning at 4pm. All guests are invited to attend in costume attire. Guests under 13
years of age are free to wear most costumes and masks while slightly stricter costume regulations exist
for adults.

This is my seventh year of attending the Halloween Party and I am always overjoyed to see the creative
aspects of how the park transforms from a “regular” theme park during the day to its special event
festivities at night time. At 7pm, at the official start of the party, Main Street’s façade is a constantly
changing portrait of patterns and clips from vintage Disney cartoons. The most amusing were the
dancing skeletons from the Silly Symphony short The Skeleton Dance. The music came on and the
skeletons did the Charleston across the buildings. Sleeping Beauty’s castle was aglow in spooky colored
lights. With the pathways darkened in the front and to the side of the castle, the effect was especially
mesmerizing.

Walking through Frontierland you are greeted by the Halloween Tree, inspired by Ray Bradbury’s novel
lit with glowing orange lights and jack-o-lanterns hanging from its branches. Previous Halloween parties
had cast members dressed as scarecrows near this tree. The scarecrows would often interact with
guests as they walked by. This year the scarecrows were nowhere to be found and instead the area was
dedicated to Dia de los Muertos. Located next to Rancho del Zocalo, which was unfortunately closed for
the evening, were two photo opportunities: the first with Mickey and Minnie in Halloween attire; the
second with stationary figures depicting a Day of the Dead scene. 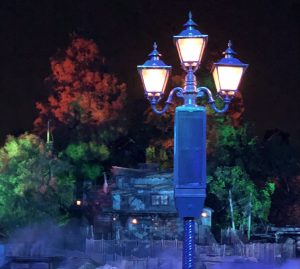 Exiting Frontierland you are greeted by the foggy, eerie waters of the Rivers of America. The Dapper Dans have been transformed into supernatural versions of themselves known as the Cadaver Dans. The Cadaver Dans harmonize haunting renditions of traditional Disney songs while floating on a raft wrapped in fog. 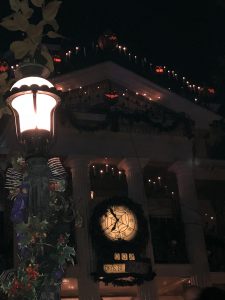 In New Orleans Square, Jack Skellington has taken over the Haunted Mansion once again! The mansion is decked out with all things Nightmare Before Christmas. Aside from the gingerbread house that changes from year to year, there were no noticeable additions to this year’s layover. The gingerbread creation for this year’s display was a gingerbread house with a very large spider descending over it. Spooky and yet oddly hunger inducing— that gingerbread scent wafting through the ballroom just makes me crave a fresh gingerbread cookie every time! 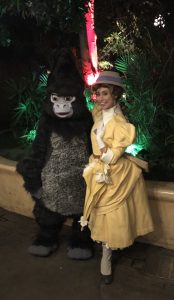 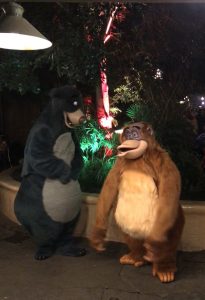 For those who enjoy character meet and greets, Mickey’s Halloween Party offers guests the opportunity to meet and take photos with rarely seen characters. Most notable (at least for my family) at this year’s event, and located near the Jungle Cruise stroller parking area, were Jane and Terk from Tarzan and later, Baloo and King Louie from Jungle Book. The lines for these characters were extremely short and it’s always a fun time to have pictures taken with characters who are seldom out in the park. 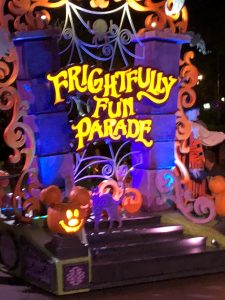 The Frightfully Fun Parade began with the ride of the Headless Horseman of Sleepy Hollow. Mickey and Minnie then lead the villains on a procession through the park. Crowds lined up early for viewing and we were able to grab a spot near the Alice in Wonderland restrooms. This area offers a nice vantage point for parade viewing and typically has floor room for small children to sit and take a rest. After Mickey and Minnie’s float came the Mayor of Halloween Town from the Nightmare Before Christmas. Jack, Sally and Zero followed on their own float and were a big hit with the crowd! The Hitchhiking Ghosts from the Haunted Mansion followed and at the back of their float was the grave digger who was quaking in his boots! Dr. Facilier, Ursula, Gov. Ratcliffe, Hook, the Queen of Hearts, Hades, Cruella, the Evil Queen, and Jafar were other villains in attendance. Closing out the parade in a gleeful celebration was Disney Junior’s Vampirina. 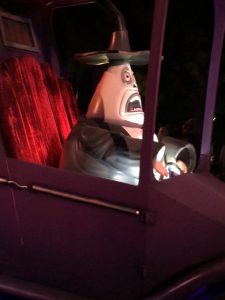 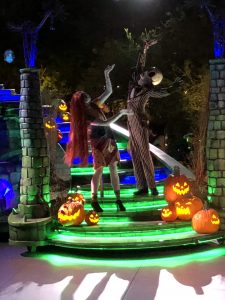 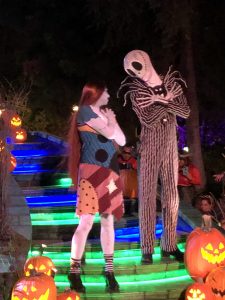 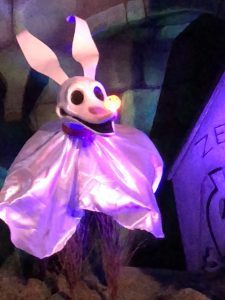 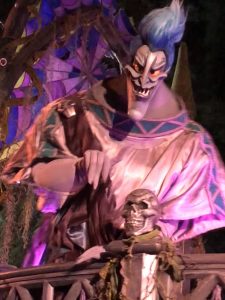 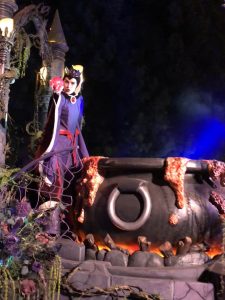 Mickey’s Halloween Party is a great event and perfect for kids of all ages. Tickets go on sale mid-summer
and select dates sell out extremely fast. Annual passholders generally receive priority ticketing before
the general public so be sure to get yours early for next Halloween. Hope to see you there next year! 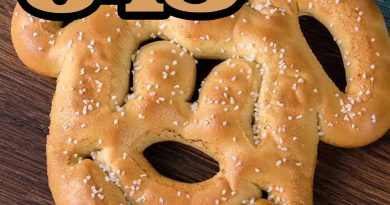 Ep. 648: Planning your return to the magic 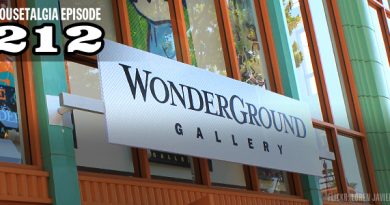