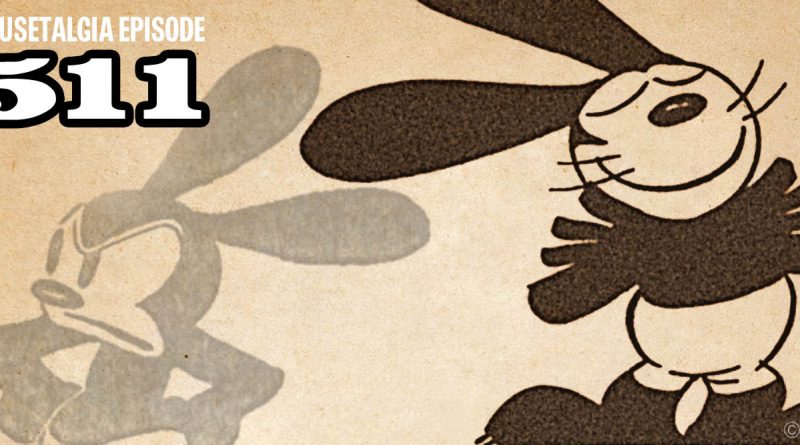 It’s a super Mouse Meet emporium this week as Team Mousetalgia brings you four fresh interviews, direct from the Pacific Northwest Mouse Meet near Seattle, Washington! First, we speak with Imagineering Executive Producer Jeffrey Shaver-Moskowitz, who led a team of Imagineers in creating Pixar Pier in Disney California Adventure. Jeffrey tells us all about the process, challenges, and decisions that led to the recent unveiling of the new land celebrating all things Pixar. Then, we speak with Disney artist Kevin Kidney, who tells us the story of the creation of Disneyland’s nighttime spectacular Fantasmic, a show that he helped develop. We also talk about the road that took Kevin and Jody from the jobs at Disneyland to jobs working for the Disney Catalog creating hundreds of incredible collectibles and works of Disney-related art for us all to purchase and enjoy. Then, we speak with Disney producer and author David Bossert, who talks to us about his latest book “Oswald the Lucky Rabbit: The Search for the Lost Disney Cartoons.” We learn about Dave’s search for the true history of the illusive Oswald, who has only recently rejoined the Disney family. Finally, we speak with author and historian Mindy Johnson about “Ink and Paint: The Women of Walt Disney’s Animation,” her recent book that tells the “herstory” of the Walt Disney Studios, and fills in the missing gaps between the men and their pencils and the finished films we all love on the screen. Plus – should James Gunn have been fired? Dave jumps on the Disney Emoji Blitz bandwagon, Kristen shares a recipe for Main Street’s Fish Mousse recipe – and more.

Mousetalgia Episode 346: Pinocchio – The Making of the Disney Epic