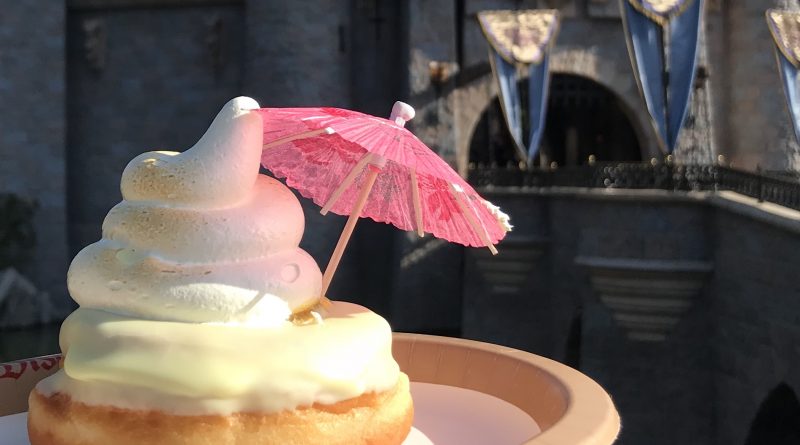 I’ll be back a little later this week to share some photos of the kick off of PixarFest, but first, I wanted to share the latest in trending park treats: the Dole Whip donut.

The latest in Disney’s fun theming of donuts, this one is directly inspired by our favorite Tiki Room treat.  It can be found at the coffee cart in the Hub on Main Street (if you’re facing the castle, the coffee cart is just to your left), however they’ve been selling out regularly and can be hard to get.

My cousin and I went to Disneyland this past weekend, and during our time there, three different friends messaged us about this thing (two of whom aren’t even Disney fans, yet had still heard about and were excited for these!).  We made a point of arriving at rope drop just to get in line, but unfortunately for us, they weren’t available at that time (wah wahhh).  We tried again the next morning, arriving just a little later (closer to 8:30 am), which was definitely cutting it close, as they ran out about two people in line ahead of us.  Luckily, however, they checked the kitchens and were able to locate three last trays.  There may or may not have been cheering/applause from the line.*

So, What’s a Dole Whip Donut? 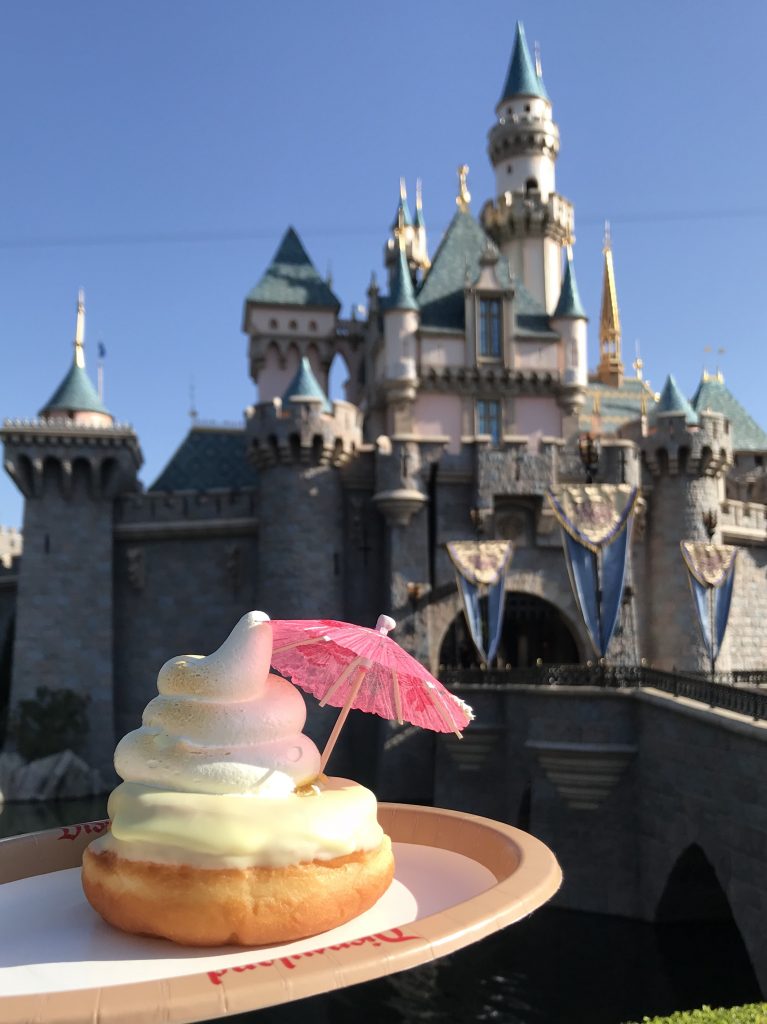 The donut we tried was a regular fluffy donut with a light pineapple icing and a hefty swirl of meringue (I thought it was marshmallow!) resembling the Dole Whip itself that was ever so slightly toasted.  On the inside was a yummy pineapple jelly filling with small pineapple chunks.  To top it all off, the pièce de résistance, a little pink cocktail umbrella for some fun tropical hideaway flair.

I was expecting the Dole Whip donut to be a little overrated, but actually… I thought it was really good!  I was pleasantly surprised at how much I enjoyed it.  My cousin shared similar feelings.  Overall, it tasted like… well, like a Dole Whip.  In donut form.  How can you go wrong with that??

On a similar note, Disney has recently released these #DisneySnackTime badges, that are intermittently available at the Dole Whip stand in Adventureland and at Pooh’s Corner in Critter Country upon purchase of a treat.  They’re a little smaller than the other Disneyland badges, and I’ve seen at least two variations online.  These, like the Dole Whip donut, have been going quickly.  (When we went, the Dole Whip stand had them, while Pooh’s Corner was out.)  The badges were not advertised as being available, rather were provided when we asked about them.

As with all things popular in the parks, it’s best to manage your expectations.  At the end of the day, you’re in Disneyland, so life is good.  That said, good luck!

(Update: Yikes!  I just saw on Disney’s Instagram account that the donuts– the “Pineapple Donut with Meringue” as they call them– are only around until April 20th!  Fingers crossed that they come back another day!)

Have you tried the Dole Whip donut?  If so, what did you think?  How about any of the other unique donut offerings at Disneyland?  Comment below! 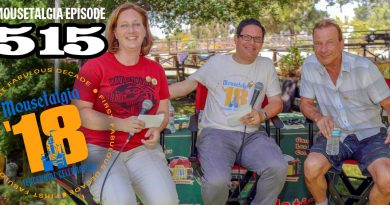