Mousetalgia goes Into the woods to discuss the latest film from Walt Disney Pictures. Kristen, a long-time Sondheim enthusiast and performer, offers her take on the show’s merits and musings, while Jeff questions the message underneath the music. Is this movie a good match for the Disney catalog? Next, Becky talks about a lecture given by Bobette Buster, a professor, screenwriter and story consultant who has worked for Disney and Pixar. Buster discusses storytelling and the “arc of transformation,” using examples from Star Wars, Toy Story 2 and other Disney properties as demonstrations of storytelling that builds bridges between people and encourages spiritual and mental growth. Next, Jeff Kurtti speaks about Walt Disney and America’s National Parks at the Presidio, and Jeff reports from the event. Kurtti describes Disney’s long history of involving nature in his work, and demonstrates Walt’s consistent passion for bringing the outdoors into his projects while maintaining inventive, compelling entertainment. Finally, the team discusses Agent Carter, and speculate about the show’s impact. Plus – it’s Star Wars Half Marathon week, and we look forward to some incredible costumes, and offer suggestions to runners who don’t yet have a plan! 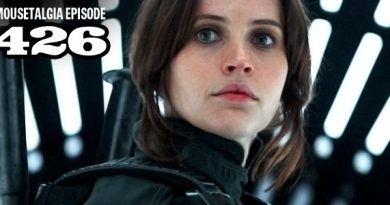