The Force is wide awake on this week’s episode of Mousetalgia as we celebrate everything Star Wars, from past to present. First, we take a look at Disneyland’s “Season of the Force,” and discuss Hyperspace Mountain, the Star Wars Launch Bay, Star Tours’ new trip to Jakku, and various food offerings – and of course, the new merchandise. Then, we welcome Emmy-Award winning writer Jymn Magon to the show to talk about his role in bringing Lucasfilm and Disney together all the way back in 1978 for the creation of the first Star Wars Little Long-Playing Record. Magon talks about the development of the project, working with George Lucas (and pulling rank on Steven Spielberg) – and much more. And finally, Jeff and Kristen offer our first SPOILER-FREE response to “The Force Awakens,” and we discuss the characters, the music, the feels, the nature of the Force, and how the new film works in comparison with its predecessors. Plus – our earliest Star Wars memories, that infamous Holiday special – and more. 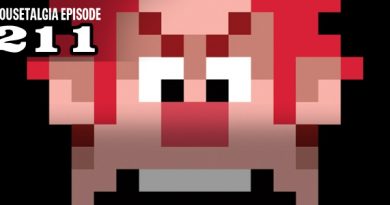