Spencer Lacey Ganus, the voice of Teen Elsa from Frozen, joins Mousetalgia to bring some holiday cheer to the show. Also this week, Jeff discusses two new exhibitions being hosted at the Walt Disney Family Museum; one titled “All Aboard,” which is about Walt Disney’s history with and passion for locomotives, and one about Herman Schultheis and his notebooks, which documented many special effects and camera techniques utilized by the Disney Studio in the ’30s and ’40s. John Canemaker visited the WDFM to discuss his new book about the life and times of Schultheis, and Jeff reports from the event, and also reviews the new trains exhibit. Also: Turner Classic Movies has announced their sponsorship of the Great Movie Ride at Walt Disney World, and Mousetalgia discusses what the colaboration might mean and celebrates some of Disney’s “vaulted” material returning to television via the TCM channel. D23 launches the “D23 Days of Christmas,” and offers Mousetalgia listeners an exclusive sweepstakes. Plus, Scott Valentine’s 1988 splash-down, Taylor Swift’s haunted AMA performance, and more! 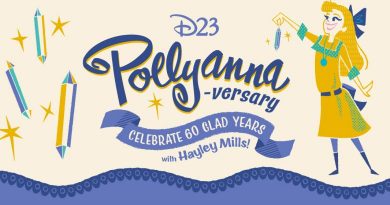 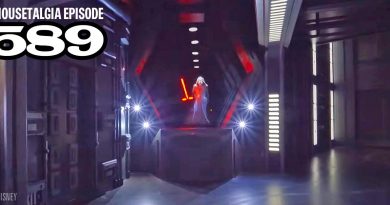 Mousetalgia Episode 589: Rise of the Resistance, Frozen the Musical