Mousetalgia welcomes Academy Award-winning animator, author and historian John Canemaker to the show to talk about Disney Legend Mary Blair and the exhibit opening this week at the Walt Disney Family Museum called “Magic, Color, Flair – The World of Mary Blair.” The exhibit, which is curated by Canemaker, has been eagerly anticipated for nearly a year, and Canemaker gives us an exclusive sneak preview of the show, some history of Mary Blair, and information about his two new books about Blair, one a re-release and one a brand new catalog. Also this week, Jeff reports on a conversation with WED Imagineer Paul Saunders on working for Walt at WED in the mid ’60s. Saunders talks about his time helping to create the “new” Tomorrowland, Haunted Mansion, Inner Space, and more. Also – Frozen and the Muppet Movie soundtracks on vinyl, Sheriff Callie’s Wild West – and more! 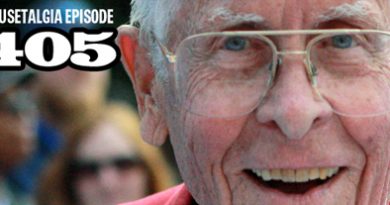