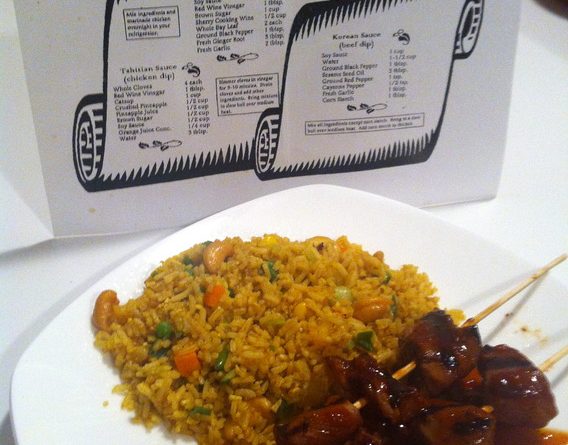 Did you know that there is a magical 3-ring binder at City Hall that contains delicious Disneyland recipes? And they’ll give you as many recipes as you want for free? It’s true!!!

A couple of trips ago, we stopped by City Hall and pulled a bunch of our favorite park recipes, which came in handy this week. We’ve been missing the ‘Land something fierce these days, so for dinner this week, I decided to make the Chicken Skewers from the Bengal BBQ. Recipes direct from the park are one of the best ways to fend off the Disneyland blues, so here’s my first (of what should be many) reviews.

There are actually two components to the skewers – the Tonkatsu Sauce (marinade) and the Tahitian Sauce (the chicken dip.)

So after a little prep, and a lot of eating, here’s what I found:

Extra Magic Hours – Is it a gate opening to gate closing kind of dish, or a little bit less?
There was relatively little prep work involved with this recipe. The best part was that I had most of the ingredients already in our cupboard, so I really only had to purchase the chicken and fresh ginger. The marinade took about 10 minutes to prepare, and the day of cooking (including preparation of the dip) was around 30 minutes.

Honey Spills – Just like attractions break down, sometimes dinner does too.
My adjustments to this dish:
– I halved the recipe which made more than enough marinade and at least a 1/2 c. extra dipping sauce.
– I didn’t have whole cloves and didn’t want to buy an $8 bottle, so I just added about a 1/4 t. of crushed cloves I had in the pantry
– Omitted the Sherry Cooking Wine completely (forgot to pick it up at the store – whoops.)
– Instead of using the dipping sauce as an actual dip, I poured it over the dish to try and replicate the Disneyland style
– Used an indoor grill on our stove top instead of outside BBQ (darn Seattle weather!)
Lessons for next time:
– Use chicken thighs/dark meat. I used chicken breasts which were a little dry plus over-marinading them gave them kind of a rubbery texture.
– Less marinading time. I followed the directions and started the night before, which left the chicken soaking for a good 24 hours. The meat got so stained from the soy sauce/ingredients, it was hard to tell when the chicken was fully cooked. Next time, I’d mix everything together the morning of.

The Dalmatian Factor – Do these dogs look alike?
I was blown away by how close this was to the Disneyland original – an easy 4.5 out of 5 points! The only things that threw me off was the texture of the chicken (blamed by over-marinading and use of chicken breasts.) This dish was totally delicious and quickly transported us to the hustle and bustle of Adventureland without having to fight the throngs of strollers.

I served it with Pineapple Rice which equated to dinner perfection. This recipe has been added to our regular rotation of dishes and will be perfect for upcoming summer-time BBQ’s. Mousetalgia approved! 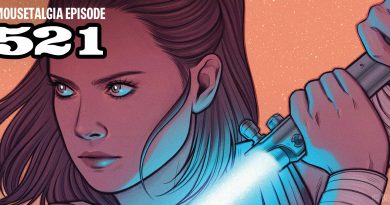 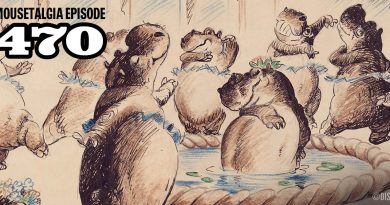