T-minus seven days until Disneyland’s 55th Anniversary. In the context of history, 55 years is really only a drop in the bucket, but for most of us, its hard to imagine a world without Disneyland.  Walt hit the nail on the head that opening day as he invited his first guests to not only look to the promise of the future, but also to relive fond memories of the past. So in the spirit of nostalgia, I offer up my top seven-still-in-existence Disneyland attractions (be patient, only one per day) as my own personal countdown to the upcoming celebration of 55 glorious years.

Opened as the Indian War Canoes in 1956, this BYOM (bring your own muscles – or for others, bring your own man… to do the paddling for you) is hands down the most labor-intensive attraction in Disneyland. Mr. Toad doesn’t require a push start, no motivating kick is needed for King Arthur’s horses and at best, all the Autopia requires is a change of leg for the gas pedal and a little extra elbow action on the curves. (Don’t mock – you know Bob Gurr didn’t include power steering and there’s no shame in alternating legs on that stubborn gas pedal.)  Re-named in 1971 after the greatest of all Disney heroes, the canoes aren’t tethered to a track and there’s not a safety harness in sight. Paddlers are literally required to row their own weight and to also remain calm when a bee flies into the boat. (On that note, while I’ve never heard about a canoe going over due to a renegade bumblebee, I’m certain that if one buzzes by when I’m at the oar, we’ll all be taking a swim.)

I still remember paddling around Tom Sawyer’s Island for the first time back in 1987. It was as close to my hero Davy as I had ever been. For my imaginative third grade mind, Davy and Georgie were working the oars behind me and at any moment that rascal Mike Fink could come around the bend in his Keelboat. (Don’t get me started on how I miss those Keelboats!!!) Much to the chagrin of my parents, dodging the Mark Twain, navigating the roaring rapids and keeping my head down near the Indian camp (sorry my Native American friends – I watched too many old westerns as a kid) quickly became a must on every Disneyland vacation.

Its only now that I’m a little older that I understand the sigh my mom would emit as she massaged her aching shoulders for one more spin around the island. While I’m not the avid paddler I once was, you’ll still find a smile on my face as every now and again as I take a trip back in time and a turn down the River’s of America. Plus, I look awesome in a coonskin cap/its not every day a girl can don faux raccoon.

When the warmth of summer and an occasional off-season weekend brings the canoes back to life, it only takes a couple of strokes to paddle back in time. While the blood’s on the ground for the Country Bears, Pack Mules and the Mine Train, Davy Crockett’s Explorer Canoes are a little piece of Walt Disney’s old west that still offers guests a chance to dig deep and work together, and also a little dose of Mousetalgia. 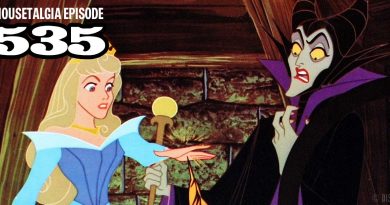 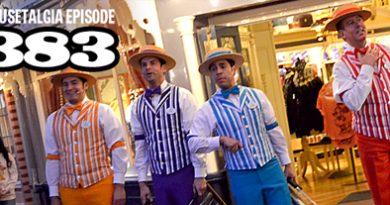