For some, working at Disneyland is a dream come true. For others, its simply a painful means of survival. For the most part, the majority of Cast Members fall somewhere in between these two extremes. It’s on that rare occasion when you meet a CM who really detests their job. That’s when things can get awkward. Like the time I rode in the Lily Belle with the CM who before we had even left Main Street Station said, “I don’t really like Disneyland, I don’t know anything about the Lily Belle and I retire in 32 days.” I Don’t Heart Disney Awkward made that normally speedy 1.5 mile loop feel like the 7920 miles, I mean feet, it actually is.

During our five days in Anaheim, there were a handful of contenders for the I Don’t Heart Disney Awkward Award. This year’s winner hails from the Haunted Mansion 40th event. Chosen for his commitment to grumbling through his shift with an “I could care less” kind of attitude, this year’s I Don’t Heart Disney Awkward Award goes to Haunted Mansion Harold. (Note, Harold is a pseudonym for this particular CM. He hates his job enough without me adding fuel to his bitter little fire by using his real name.)

HM Harold was the cast member put in charge of keeping an eye on the time during the 40th anniversary event. Disney was on a schedule and Harold was just the man to keep them on a timely track. Forget any amount of respect, manners or decorum, HM Harold used up every drop of disdain stored up for his job and Disney in general, to completely awkwardize the masses. He only struck twice, but by doing so, in essence defined I Don’t Heart Disney Awkward.

The first time we saw HM Harold in action was during the Spirited Séance panel. Jason Surrell, Kim Irvine and Tony Baxter were re-telling their stories and memories from the Haunted Mansion. Tony Baxter had just launched into a funny little bit when up popped HM Harold who said, “We need to conclude this session. Please stop flapping your funny little lips and sucking up all of the air in the room. Your voice has become like nails on a blackboard and my ears have begun to bleed. Please exit the ballroom and proceed to DCA.”

Maybe those weren’t his exact words. But by the stiffening of the crowd and a unanimous widening of everyone’s eyes that silently screamed, “Oh no he didn’t just tell Tony Baxter to stop talking” you knew HM Harold couldn’t have cared less about Disney, Tony Baxter or some stupid haunted house. Baxterous Interruptus had occurred thanks to a healthy dose of I Don’t Heart Disney Awkward courtesy of HM Harold.

He struck only once more that evening, but his target, timing and delivery not only left a lasting memory but also are the reasons why he won this award. There was a second panel discussion after dinner, this time consisting of Jason, Tony and Kim and lucky for us, X Atencio and Alice Davis. (who have an combined age of approximately 323) had joined the panel as well. Alice talked about her late husband Marc, X sang a little bit of his classic Grim Grinning Ghosts, and all of us were in Disney hog heaven. Cue HM Harold.

As Alice was literally in mid sentence when we heard, “We need to conclude this section of the program. Will someone please come and cart these old geezers off the stage and take them back to the Home where they belong? Or maybe just take them over to the haunted house. By the time you get there, they’ll fit right in with the rest of the 999. Please exit the dining room and proceed to Disneyland.”

Again, not his exact words, but close enough. This time, the crowd’s response was more along the lines of “By Walt Disney’s Ghost, he did not just interrupt that sweet, yet feisty old woman who is quite possibly speaking about Disneyland and her late husband for the last time ever.” HM Harold had done it again, and this time with an extra dose of finesse and flair.

His ability to carelessly interrupt a number of Disney Legends with a “bite me” kind of air and a face that asked “Is this enough to get me fired?” managed to not only convey the fact that he clearly does not heart Disney, but also made hundreds of people feel incredibly awkward. Thus, HM Harold, you win this award of awkwardness. You didn’t manage to ruin an otherwise glorious evening, but you left a lasting impression of what I Don’t Heart Disney Awkward really means. With award in hand, may we suggest exiting your role as Cast Member and filling out an application at Knott’s Berry Farm. 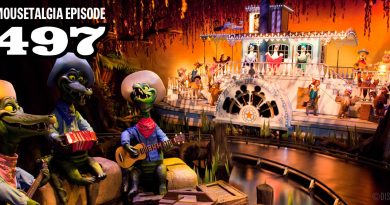 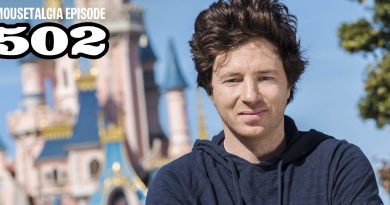