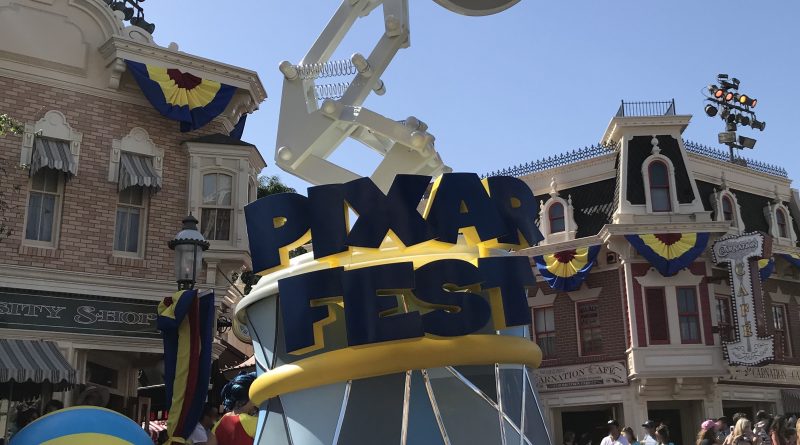 Hi, Mousetalgites!  I wanted to follow last week’s Ears to the Ground Report with some photos of the happenings at Pixar Fest.  We were there for only the first two days of the event, so this post is definitely not an exhaustive list of all the things to see and do.  Also, as a head’s up– this will be a spoiler-filled blog post, so if you have an upcoming trip and prefer to experience everything as a surprise, it may be a good idea to skip reading this one!

Without further ado, a few highlights from my experience…

We actually arrived the day before Pixar Fest started, which turned out to be a good thing.  Similar to my experience last May when I was in the parks for the opening of Guardians of the Galaxy – Mission: BREAKOUT!, I found that there were a lot of festivities going on before the official start.  In fact, there were even surprise soft opening showings of both Paint the Night in Disney California Adventure and the Pixar Nighttime Spectacular in Disneyland the evening before Pixar Fest was set to debut.  (We somehow managed to miss both, walking into Disneyland that evening right as Bill Rogers, the voice of Disneyland, announced over the speakers that the Pixar Nighttime Spectacular had reached its conclusion.)

Just as was the case in the days leading up to last year’s Guardians of the Galaxy opening, there were lots of promotional happenings going on, with lots of media onsite.  Because of this, we were treated to a sneak preview of sorts.

Both Disneyland and DCA are decorated with blue/yellow/red/white banners– the colors of the Pixar ball.

Extremely popular are the Monster, Inc. Sully popcorn buckets and Mike Wazowski sipper cups found in Disneyland, which currently run at $20.00 for the popcorn bucket and $15.99 for the premium sipper, respectively.

I loved getting to check out the newly rethemed Alien Pizza Planet (formerly Redd Rocket’s Pizza Port) in Tomorrowland.  The retheming wasn’t anything drastic (at least not at this point in time), but it was really cute and fitting for the area. 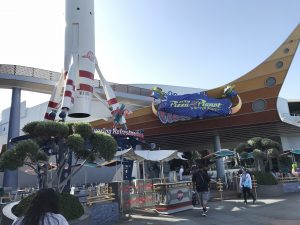 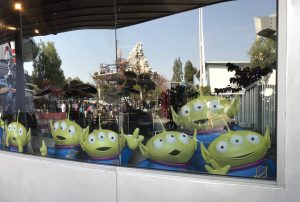 I ordered the Supernova Pizza, the special of the day– in this case, a cheeseburger pizza!  I got this purely because of how weird/interesting it sounded*.  Luckily, it was really good!  Very different, but if I were to go back and choose again, I’d go with the same thing!

*I should probably ask myself why I do these things. 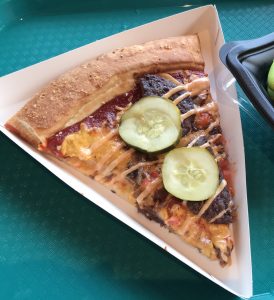 The little green alien macaroOoOoOon from Toy Story has been making its rounds on the internet, and is just as adorable in real life.  However, in terms of taste, my favorite treat was actually the little green alien blackberry parfait, also found at Alien Pizza Planet.

Not only were the snacks in Tomorrowland fun and yummy, but they were really well done throughout both parks! 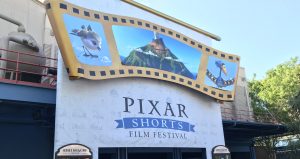 One of my favorite Pixar experiences was checking out the Pixar Shorts Film Festival at the Sunset Showcase Theater in DCA.  They showed three Disney Pixar shorts in 3D: For the Birds, Lava, and Piper.  All were great, but Piper really just blew me away.  I don’t think I’ve ever seen 3D with that degree of detail.  The tiny grains of sand, the drops of water, the feathers on Piper, etc.– very cool.

There were also some fun photo opportunities, particularly in DCA. 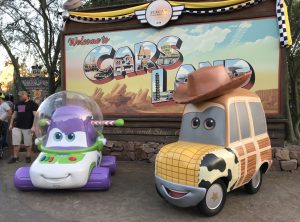 There were so many things to see that we definitely didn’t get to them all!  Next time, I’d love to check out the following: 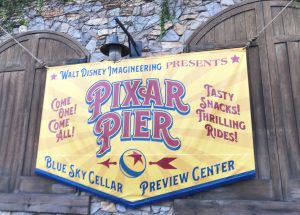 While we simply couldn’t do everything in the few days we were in the parks, there are no complaints here– it was a great time! 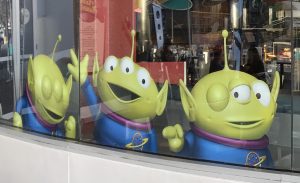 Catch ya next time!

What are you most excited about for Pixar Fest?  Or, have you gone already and experienced something you’d like to share?  Comment below, or report in! 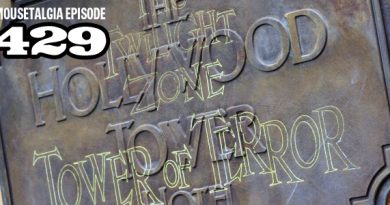 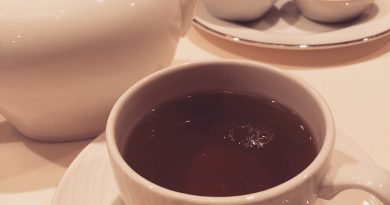 Have a spot of tea