Join Team Mousetalgia as we take a look back at the release of star wars in 1977 with Lucasfilm’s director of fan relations at the time, Craig Miller. Miller takes us for a look inside the inner workings of Lucasfilm as Star Wars was released, which caught everyone by surprise with its overwhelming success. Miller talks about starting the official Star Wars Fan Club, George Lucas’s early plans for a 12-part saga, and operating Artoo’s head for various Lucasfilm productions. Then, voice actor Stephen Stanton (Star Wars Clone Wars, Star Wars Rebels) discusses his time in that galaxy far, far away portraying dozens of characters for the Star Wars universe, including both Ben Kenobi and General Tarkin. Stanton discusses the arc of his character Tarkin and his conjecture about Tarkin’s unknown history, talks about visiting Disney parks with first-time guests, and discusses some of his other Disney voices in films and attractions, such as Lord Henry Mystic from Hong Kong Disneyland’s Mystic Manor and Alfred the Vulture in Club 33. Plus, we discuss the future of Innoventions at Disneyland – and more. Also – don’t forget to tune in to www.mousetalgialive.com this Friday at 6:00 pm to hear our live show direct from the Star Wars Celebration convention in Anaheim! 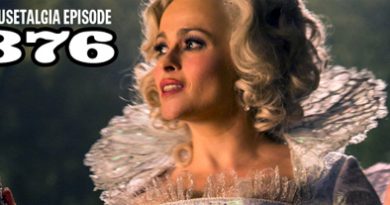 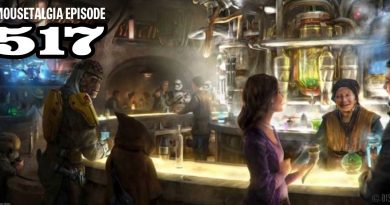