Dave and Becky report on the Avengers Half Marathon weekend at Disneyland, and describe the inaugural Marvel runs and the courses, costumes and characters they came across during the races, as well as the Expo associated with the event. Team Mousetalgia also discusses the official opening of the holidays at the Disneyland Resort, and we talk about the decor, the new Frozen-enhanced World of Color holiday show, the DCA tree lighting ceremony, holiday shopping and snacking, and a trip on the improved Jingle Cruise – now with more fruitcake! Then we review character dining with Minnie and Friends for breakfast at Disneyland’s Plaza Inn, and compare and contrast it with the resort’s other character dining experiences. Also, Star Wars is in the news – the Hollywood Reporter reports on Disney’s attempts to disrupt social media’s appetite for Star Wars spoilers, and we wonder – would Disney pull the Star Wars license from Hasbro over Tinsel Town politics? You be the judge! Plus, D23 celebrates The Little Mermaid; giving thanks for our Disney passions: Fantasmic, Frozen, Turkey legs, Disneyland Hotel’s dinner buffet; and more! 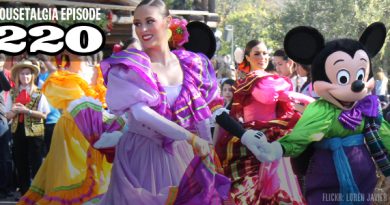 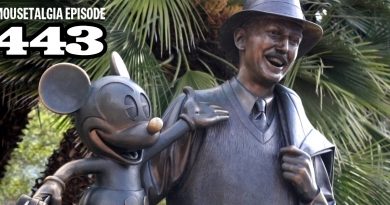