It’s a horrorific Halloween special edition of Mousetalgia, as we talk pumpkins, haunted hotels and hat boxes! First, Mousetalgia talks to Disney artist and pumpkin carver extraordinaire Bridget McCarty about her art background, her work for Disney, and her incredible pumpkins, which she carves in person in Big Thunder Ranch at Disneyland. Bridget even shares some professional pumpkin decorating tips! Next, we take a frightened peek into the history of the Twilight Zone Tower of Terror, and talk about its intriguing Mel-Brooks-inspired beginnings, its terrifying special effects, and a listener’s special personal journey into the fifth dimension. Finally, the Hat Box Ghost may finally be making his way back into the Haunted Mansion, and Jeff shares some speculation as to what the character’s re-introduction to the Mansion might entail. Plus – Mousetalgia says goodbye to a dear friend, the Avengers trailer is released, we host a sweepstakes with 13 unlucky winners – and more! 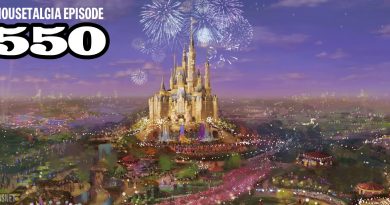