In this week’s Mousetalgia Emporium, Team Mousetalgia report from Disneyland’s Main Street, from Halloween Town, and even from Neverland! Jeff reports from Tony Baxter’s Main Street Window Ceremony, held November 1 at Disneyland Park, and talks to some of Tony’s friends and peers about the legacy Tony has left for future generations of Imagineers. Next, Kristen offers a review of “Peter and the Starcatcher” from the national tour’s stop in Seattle, and offers an insightful critique of the Tony-Award-winning play. Jeff discusses Disney on Ice’s “Passport to Adventure,” and talks about the Neverland segment in that arena show as well, pointing out how the script refers back to J. M. Barrie’s original play. Kristen then reviews the new Monsters University blu-ray set, revealing some of the extras and bonus materials that fans have come to expect from Pixar sets. And finally, Jeff reviews a recent performance of “Danny Elfman’s Music from the Films of Tim Burton,” a symphonic performance held on Halloween night in downtown Los Angeles which features Elfman’s triumphant return to live performance on the stage. Plus – if you had to swap a Disneyland attraction for another Disney attraction from any Disney park worldwide, what would you choose? 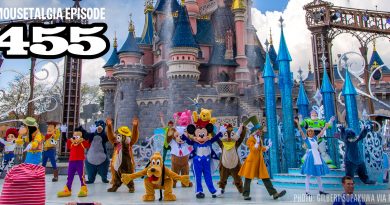