Sleeping Beauty Castle isn’t known as the big weenie for no good reason.

(Point of clarification for those pondering all-beef franks: a “weenie” in the Disney dictionary is an item that draws attention and pulls visitors into the park.)

Sleeping Beauty Castle seizes the number 4 spot on my countdown because really, what would Disneyland be without it? Can you even imagine walking into Disneyland and not seeing that beautiful pink palace at the end of Main Street?

Originally opened in 1957, SBC has gone through a number of interior remodels that would make even the Material Girl jealous. Many of the early dioramas were designed and painted by the legendary Eyvind Earl who was also responsible for the backgrounds and styling for the 1959 feature length film. The reawakened version (2008-present) courtesy of Tony Baxter, Chris Merritt and other Imagineering friends, beautifully reflects and respects the genius of Eyvind Earl along with new modern day plussing.  (Check out Mousetalgia episode 64 to get the skinny on SBC from Chris Merritt himself!)

The artistically spectacular versions via Earle, Baxter and Merritt were nowhere to be seen when I was a young lass. From 1977-2001, SBC’s interior was a home for Barbie’s bigger, less attractive cousins. Aurora, Prince Phillip and the whole gang were present in their big, bold, 1970’s creepy-doll-glory. Like the hodgepodge meat concoction between two pieces of bread, the SBC of my youth was the bologna of the castle’s lifetime.

Don’t get me wrong, this isn’t a criticism. Back in the day bologna was considered both nutritious and delicious and Aurora had never looked better than she did as a plastic, flat-footed, stocky, poor-man’s Barbie. My generation of little girls couldn’t have dreamed of anything better. Not only did we get to go inside of Sleeping Beauty Castle, but when we got there, Barbie was waiting to greet us.  The colors were bold, the music was sweeping and we were as close to living the Sleeping Beauty dream as we would ever get.

For 24 years, Briar Rose looked down Main Street and thanked her little Disney deity for saving her from the dregs of the displays in the Emporium’s windows. Girls my age came and went from SBC and not only thanked their parents for taking them, but begged for a return trip.

After 2001, SBC was locked tight for seven years and when the doors were opened, there was a beautiful new world for all of us girls who had grown up while Aurora was sleeping. In hindsight, some might say that both bologna and plastic Aurora weren’t good for anyone. At the time, we couldn’t have imagined anything better. Sleeping Beauty Castle and life in general looks a lot different today than it did when I was a little girl.  Today, it’s a souvenir of the past, but also a reminder of the beauty and hope for the future as well as number four in my countdown to Disneyland’s 55th. 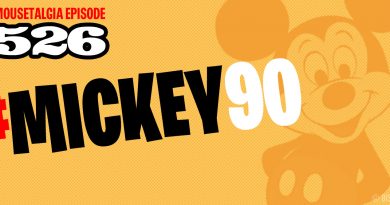 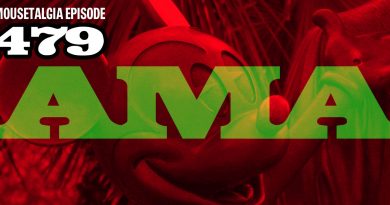 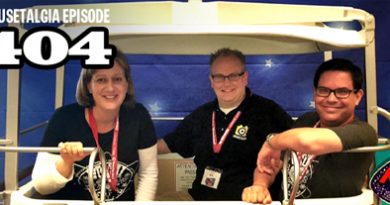