No one is immune from Battered Disney Fan Syndrome.

Resulting from years of theme park hopping, excess collecting and a general over consumption of all things Disney, Battered Disney Fan Syndrome pays no mind to gender, ethnicity or otherwise. Its causes are many and the cure may vary, but at its core, BDFS threatens to turn the otherwise joyful Disney fan into a critical ball of ostentatious arrogance and at times, apathetic surrender. (Side effects may include grumbling, sighing, eye rolling whining, complaining, feet stamping, arm crossing, and monologuing.)

This last week, I attended the D23 One Year Anniversary Party at Disneyland. As we waited with sixty-five dollar anticipation for the party to start, the sickly fingers of BDFS began to tickle its way through the crowd.

It started with an offering from the Pointer Sisters. As their three part 80’s infused harmonies of “A Pirate’s Life for Me” rained down over Walt’s Holy Ground, the grumblings began. By the time Tim Curry was speak-singing the Legend of Davy Crockett William Shatner style, full on BDFS had set in. I’ve never heard an audible groan/boo combo like the one heard when the pre-recorded “In just a few minutes” message filled the hub.  A few moments of ill-chosen covers had infected the crowd with a bad case of Battered Disney Fan Syndrome.

Luckily, once the clock struck Nine and Fantasyland opened its loving arms filled with classic characters, Disney Legends and tables overflowing with Mickey shaped treats, wine and beer, all had been forgiven.  While it had been brief, BDFS had reared its ugly head, but like usual, had been defeated by the healing power that is Disney.

We love the magic, the music and the warm fuzzies that Disney consistently feeds our longing souls. But this magical crack made so readily available at any of the five theme parks, local Cineplex, shopping mall or internet browser, comes with a price; exposure to the BDFS virus – a disease that will either kill us or make us stronger.

A lifetime full of photo ops, long lines, autograph sessions, maxed-out credit cards and lanyards overflowing with corporate bling can start to wear on even the truest of fans.  BDFS is a savvy disease and looks for its victims in D23 gatherings, chat rooms, Internet forums and other Disney hot spots.  It knows that as one’s Disney addiction increases, so grows the opening for the side effects of BDFS.  As my great grandma used to say, “If you swim with sharks, you might get bit. You can either get out of the water, or tie off the wound and keep on swimming.”

At some point in any uber-fan’s life, BDFS will strike. The key is to isolate the infection and not spread it to innocent bystanders. Mary Poppins would remind us that a spoon full of sugar helps the medicine go down and sometimes, that medicine is simple self-awareness. Things don’t have to get ugly when it comes to BDFS.   In the grand scheme of life, is Tim Curry slaughtering a Disney Classic really a deal breaker? When someone calls the Haunted Mansion the Haunted House, is a 20-minute lecture about the history of the Mansion including an extended soliloquy about the Museum of the Weird really necessary? And at the end of the day, is it really appropriate to whisper “Mouse Killer” to the huckster selling his knock-off neon Mickey ears outside Disneyland’s Main Gate? Call me crazy, independent or even “not really a true fan,” but I say no. Battered Disney Fan Syndrome may threaten the masses, but it can be beaten back by memories of countless joyful moments of the past and the promise of many more in the years to come. An inoculation of optimism, a pill of perspective and a dose of self-awareness is sometimes all it takes to cure the Disney disease known as BDFS. 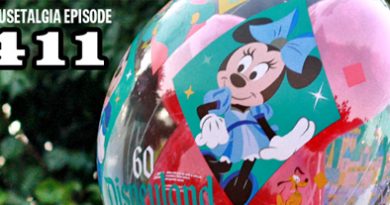 May the 4th Be with You! 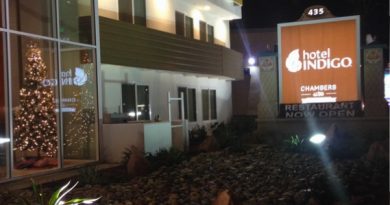