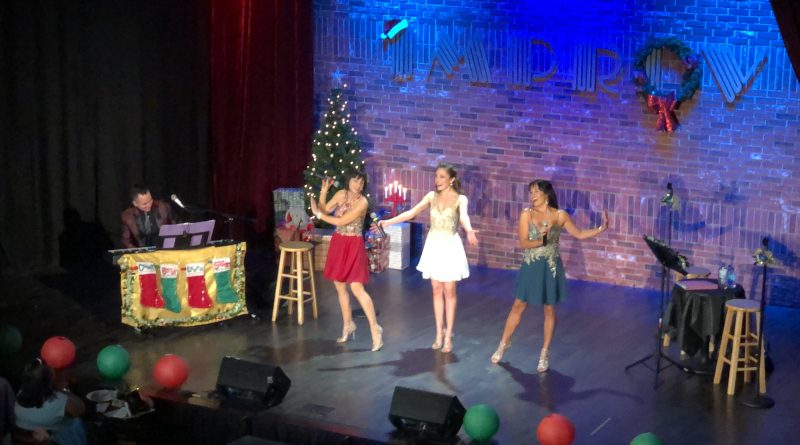 Click, click, click… is that the sound of reindeer paws up on the rooftop? No: it’s the sound of extraordinarily sparkly princess heels having a holiday party up on a stage. On Thursday, Dec. 6, the “Broadway Princess Party” took over the San Jose Improv to kick off a decidedly festive version of their unique show.

Mixing the best songs of the season with the best Disney princess songs from Broadway, the Broadway Princess Holiday Party presented talented women who had been the original voices of the songs in the theater to our town for a holly, jolly evening of seasonal fun.

The show brought the talents of Laura Osnes (Rodgers and Hammerstein’s Cinderella on Broadway), Courtney Reed (the original Jasmine on Broadway for Disney’s Aladdin), and Susan Egan (the original Belle on Broadway for Disney’s Beauty and the Beast) together for a nostalgic night of music with just the right amount of pixie dust – or was that glitter? Acting as host and musical director for the event was Benjamin Rauhala, who dubbed himself the show’s “Fairy Godfairy.”

During the original show, every possible princess song (including some that are not from Disney productions) is sung in a non-stop performance that will make anyone in the audience smile and sing along. In the holiday version of their show, favorite holiday tunes are seamlessly woven throughout the night like a pretty ribbon on top of a present.

A trademark of the show is that in each city they visit the group invites local talent to perform. These performers are chosen through the group’s “Unleash Your Inner Princess” social media contest. On this evening, part-time YouTuber and full-time Pixar employee Nick Pitera played Prince Charming and swept the princesses off their feet. Also joining the princess posse as honorary members were 16-year-old Lili Ostojic-Gibson from Marin and 21-year-old Regine Ford from Sacramento. Both brought their own beautiful voices to the royal occasion, and performed songs from some of the more diverse Disney princesses, namely Tiana from Princess and the Frog and Pocahontas.

Standout moments included Laura Osnes singing a mash-up of every Cinderella related song lovingly titled the “Cinder epic,” Courtney Reed belting out her best rendition of Mariah Carey’s modern holiday classic “All I Want for Christmas is You,” and Susan Egan singing a sweet mash-up of “Something There” from Beauty and the Beast with “Jingle Bell Rock.” In short, there was something there for the whole family in this show.

The Broadway Princess Holiday Party will be touring throughout the month with the last show scheduled for December 17 in New York City. Don’t worry about turning into a pumpkin though. If you can’t make it to one of the holiday parties, the original version of the Broadway Princess Party will resume touring in January and will not disappoint. Perhaps you’re still looking for that perfect gift for the princess (or prince) in your life? Upcoming dates and tickets are listed on their website at BroadwayPrincessParty.com. 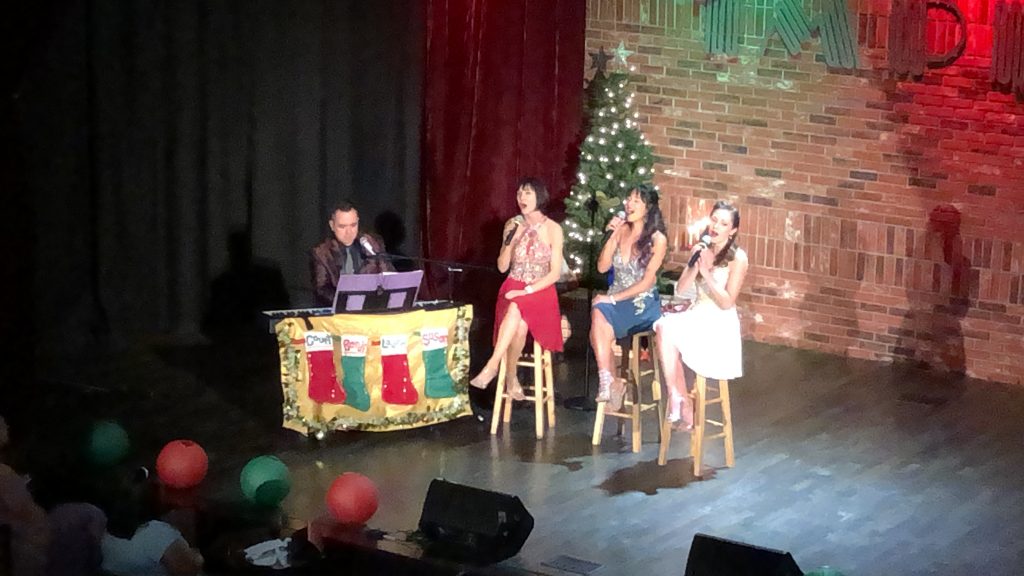