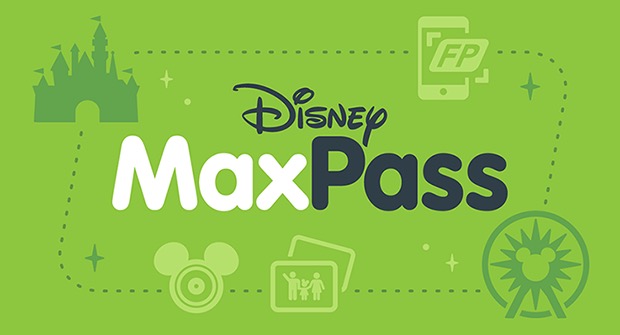 I hope I’m not the only one who gets the Saved by the Bell reference I used in the title for this post. This show is good old fashioned 90’s nostalgia, and not totally unrelated to Disney. Fun fact, this show started on the Disney Channel starring one of my favorite Disney Legends: Hayley Mills. However, I don’t think the favorite hangout known as The Max diner was included in this iteration of the show. Oh boy, I’ve gotten off topic so quickly!

The max I would like to talk about is Disney’s MaxPass. A new version of the Fastpass system used resort-wide. The new MaxPass system was highly anticipated when it was announced a few months back. I have always been one who is resistant to change until I can see for myself that it is going to make things better. Before using it, I didn’t see the need for Maxpass and feared that Disneyland was going the way of Disney World. The notion of needing to plan out my entire trip weeks (or even months) before even entering the gate is not a favorable one in my eyes. However, this is NOT how Maxpass works and it actually made my day in the park more manageable.

First, you cannot purchase Maxpass until you have been scanned into one of the parks. I found there to still be plenty of Fastpasses to go around – even if you choose not to make the daily add-on (or add-on for the remainder of time on your Annual Pass). On my most recent trip to the park, I decided to try Maxpass for one of the days and coordinated with my travel party to do the same as we all needed to purchase it in order to use the benefits. For $10 each, we were able to easily snag Fastpasses for our whole group at once and we got three big rides (Big Thunder, Haunted Mansion Holiday, and Indiana Jones) done in 45 minutes – in the middle of the day no less.

All you need is one smart device and you can create a Fastpass party. You can easily link family members or friends to your Disneyland account through the app and all of the Fastpasses are stored there and linked to each person’s ticket. One thing I wouldn’t mind if they added is a notification when the time for your Fastpasses is getting close, but I wouldn’t be surprised if that is coming at some point. If your party splits up, everyone just needs to know when the return time is and have access to their ticket/Annual Pass.

When redeeming your Fastpass you either scan the barcode on your ticket or the barcode included in the app for each person with a Fastpass. There are barcode scanners at the start of every Fastpass queue with Cast Members close by to help guests scan quickly. Only one location that I encountered had two scanning spots – the Haunted Mansion. Not sure why; I guess it’s easier for people to sneak out of the regular line and into the Fastpass line otherwise. In any case, keep your phone or ticket out for that line.

Just like on the old paper Fastpasses, the app lets you know when to return and when the next time you will be able to reserve a Fastpass. The only time we had to 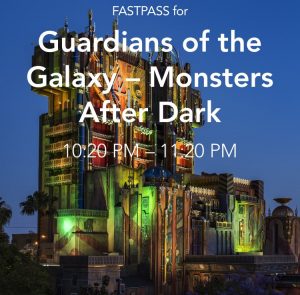 wait a long time for a Fastpass return time was for Monsters After Dark, the Halloween Time version of Mission Breakout. However, I was able to reserve Fastpasses for this ride for my whole party without them being with me, while I was in Disneyland.

My family and I really enjoyed using the Maxpass system and are considering adding it to our Annual Passes the next time we renew. For right now the $75 price for the remainder of our Annual Passes seems high. We also didn’t find a convenient time to get in line at a ticket booth to make the purchase, as this currently has to be done on property. An added feature of using Maxpass is access to Photopass downloads, which if it is not already a perk on your Annual Pass, is definitely worth the splurge.

To Maxpass or not to Maxpass, that is the question. What has been your experience with the new system?